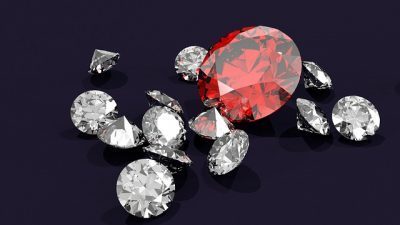 The 20 Most Expensive Jewelry Pieces Ever Made

Everyone knows that fine jewelry comes at a price – and the price for some of the world’s greatest gems & craftsmanship can be astronomical. The worldwide price per carat of diamond and other precious gemstones has been on a steady upward march for decades. The value of a select few masterpieces rival the GDP of some small countries. These jewelry pieces stand at the crossroads of world-class custom jewelry manufacturing are the rarest gemstone discoveries. Here is a compilation of 20 of the most expensive pieces of jewelry ever made.

Tiffany Chen, vice chairman of China Star Entertainment Ltd., purchased what has been called “the largest and most perfect briolette diamond ever sold at auction” for $11.15 million dollars. Ms. Chen named the breathtaking 75.36-carat diamond after her company, “The Star of China.”

These dazzling earrings each feature a fancy yellow-orange oval diamond, as well as additional diamonds in the link and mounting. Sold for $11.5 million in 2016, these are some of the most expensive earrings in the world.

Also called “La Peregrina”, this pear-shaped pearl was the crown jewel within a necklace given to Elizabeth Taylor for her 37th birthday. Adorned with rubies and diamonds, the necklace was sold for $11.8 million dollars in 2011.

17. Heart of the Kingdom Ruby

Designed by The House of Gerard, the oldest jewelry house in the world, this lovely necklace featuring a heart-shaped ruby of more than 40 carats, is haloed by 155 carats of diamonds. Valued at $14 million dollars, this extraordinary piece is rumored to also be able to convert into a tiara.

The Jubilee Ruby is one of the most expensive non-diamond gemstones ever sold in the United States. With a hefty $14.2 million dollar price tag, this nearly 16-carat jewel is set in gold and platinum to create a decadent ring.

This unique $15.7 million dollar Bulgari ring features two triangular diamonds. One is a 10.95-carat vivid blue stone, and the other is a 9.87-carat colorless. Both gems have been recognized as flawless.

Mounted in a gold band and accentuated by smaller diamonds, the star of this ring is its
100-carat yellow diamond centerpiece. Born from a world record breaker, the rough diamond from which the $16 million Graff Vivid Yellow was cut, was originally 190 carats.

With a selling price of $16.8 million dollars, the Aurora Green diamond is the largest green diamond ever sold at auction. This sparkler is 5.03 carats, set in gold, and enhanced by a perimeter of pink diamonds.

Weighing in at hefty 392.52 carats, the Blue Belle of Asia Sapphire is the fourth-largest faceted blue sapphire. Sold at auction for $17.7 million dollars in 2014, this stone broke records for being the most expensive sapphire ever purchased.

Created by Harry Winston, The Heart of the Ocean is an exact replica of the necklace featured in the movie, “Titanic”. Displaying an impossible-to-miss 15-carat blue diamond, the piece is valued at $20 million. Worn to the Academy Awards in 1998 by Gloria Stuart, the actress who portrayed the elderly Rose in the Titanic movie, The Heart of the Ocean was the most expensive piece ever worn to the awards show up to that time.

The Cullinan Dream is a 24.18 carat intense blue diamond. Set in platinum and enhanced by smaller white diamonds, this $25.3 million dollar ring is an absolute stunner.

Made from emerald green jadeite beads, and featuring a clasp composed of platinum and gold, as well as a diamond and ruby, this Cartier necklace is a $27.4 million dollar masterpiece. Its name references previous owners, Woolworth heiress Barbara Hutton and Princess Nina Mdivani.

This Cartier creation was presented to the Mahajara of the state of Patiala in 1928, and contained jewels worth upwards of $30 million dollars. The necklace originally contained an estimated three thousand diamonds, including the “DeBeers Diamond”, which was the seventh largest in the world, as well as a number of beautiful Burmese rubies. Stolen in the late 1940s, the Patiala necklace is now a remnant of its former self. Several pieces have been found over the years, but most of the large diamonds and rubies remain missing.

The Oppenheimer Blue diamond is 14.62 carats -the largest vivid blue diamond ever auctioned. Set in platinum and enhanced with gorgeous white diamonds, this amazing ring sold for nearly $58 million dollars in the spring of 2016.

The Pink Star Diamond is the largest known to have been rated vivid pink. Mined by DeBeers, this blush-colored beauty is valued at $72 million dollars.

This once 35.36-carat dark blue diamond was part of both the Austrian and Bavarian crown jewels throughout its 350-year history. However, purchased by famed jeweler Laurence Graff in 2008, the jewel was cut to improve its clarity and renamed the Wittelsbach-Graff diamond. In 2011, the Wittelsbach-Graff was sold to the former emir of Qatar for $80 million dollars.

Valued at a staggering $200 million dollars, Heritage in Bloom is a modern creation debuted by jeweler Wallace Chan in 2015. The necklace features 24 flawless diamonds cut from the 507.55-carat Cullinan Heritage, and took over 47,000 man-hours to craft. 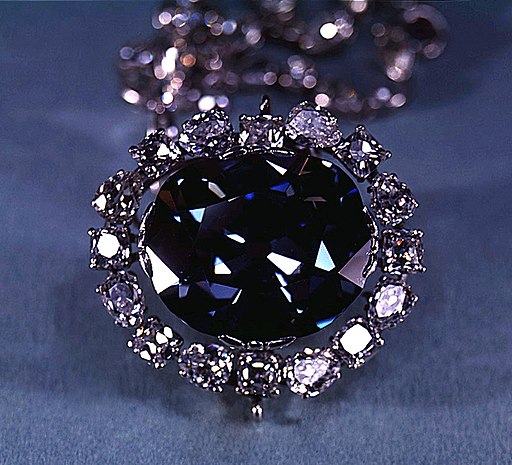 Perhaps the most well-recognized jewelry name in the world, the Hope Diamond is valued at a whopping $250 million dollars. The 45.52-carat blue diamond is believed to have been cut from a large diamond that was owned by King Louis XIV during the 1660s, then stolen from the French royal family in 1792. After mysteriously appearing in London during the 1800s, the Hope Diamond exchanged a number of hands before being set into a necklace by renowned jewelry company, Harry Winston Inc., in 1949. The company donated the remarkable piece of jewelry to the Smithsonian Institution, and may be found on display at the museum in Washington DC today.

At 800 years old, the Koh-i-Noor, is one of the most valuable diamonds in the world with an estimated value of a mindblowing $1 billion dollars. This 105.602-carat oval-cut diamond makes its home within the Queen Mother’s crown, and has been within the British royal collection since the reign of Queen Victoria.

Alfonso Gonzalez
is a freelance writer based in Malibu, California. He spent 25 years in the construction industry before learning the computer-aided design skills that enabled him to work in a number of interesting trades, including jewelry manufacturing. In his free time, he still likes to work on home repair and improvement projects. 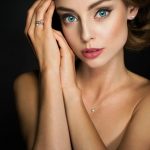 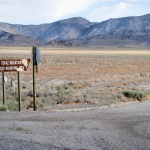 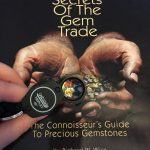